Vaccines are important to safeguard your pet against serious diseases. Starting when they are 6 to 8 weeks of age, puppies and kittens need vaccinations and boosters every three to four weeks until they are about 16 weeks old. Adult pets need vaccinations every one to three years, depending on the vaccine and the pet’s particular needs and lifestyle. Our LaGrange Veterinary Hospital team explains what diseases you are protecting your pet against when you keep their vaccines up to date.

Core versus non-core vaccines for pets

Certain pet vaccines are considered core shots and others non-core. What’s the difference?

Vaccinations recommended for all dogs include: 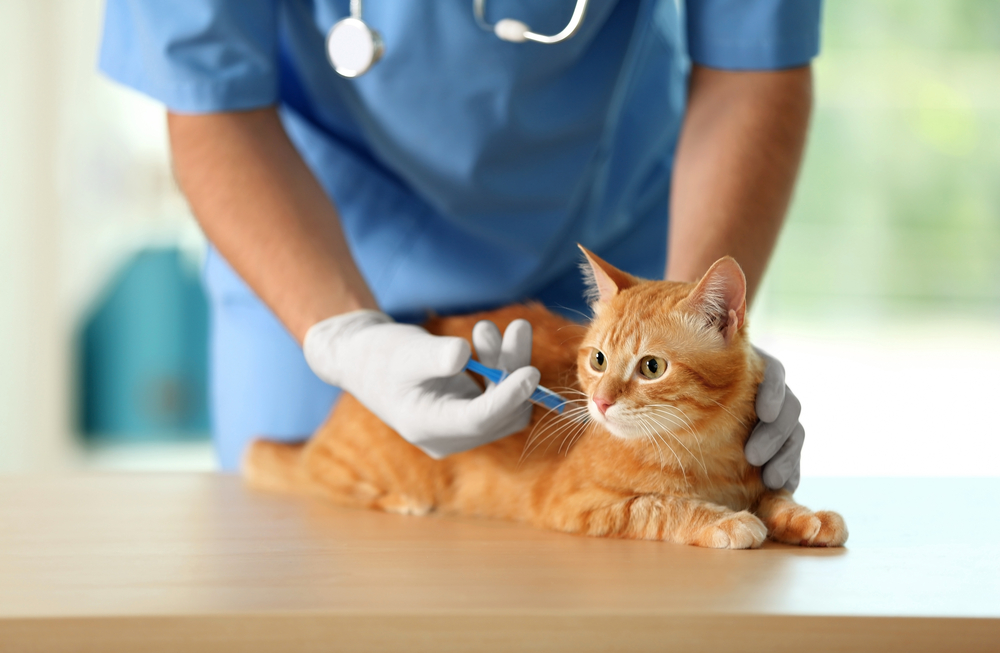 Vaccinations that are recommended for all cats include:

Vaccinations recommended based on a pet’s medical history and lifestyle include:

Keeping your pet’s vaccinations up to date is important for their protection from these serious diseases. If you would like to schedule a vaccination appointment, contact our LaGrange Veterinary Hospital team, so we can determine an appropriate vaccination schedule based on your pet’s individual needs and lifestyle.

About the Author: LaGrange Veterinary Hospital

Our current COVID-19 protocol permits one vaccinated, masked person to accompany the pet into the hospital. When you get here, please call from the parking lot to let us know you are here. We will follow up with a few questions and further instructions on whether or how you may enter with your pet. For clients who arrive with children or dependent adults, our lobby is not an appropriate place for them to wait during your pet’s visit.
When you enter our hospital, please make sure you are wearing a well-fitting mask that covers your mouth and your nose. You will be required to wear your mask over your mouth and nose for the entirety of your time in the hospital.
For unvaccinated clients, clients who arrive with children or dependent adults, or clients who prefer not to wear a mask, our curbside protocol remains in effect: a member of our staff will meet you outside to bring your pet in while you wait outside. Once he is done with his exam, Dr. Breite will call you on your cell phone to discuss exam findings, recommendations, results and next steps as well as answer any questions you may have, and your pet will be returned to you. All dogs must be leashed and all cats must be in a carrier.
For prescription diet and medication needs, we ask that clients call ahead to make your request so that we can get your product ready and take payment over the phone. Then, when you arrive to collect it, call from the parking lot to let us know you are here. We will leave your food or medication for you outside the exit door for you to pick up. You may also order your pet’s medication and food for home delivery through our online pharmacy.If you have any questions regarding your pet’s health please call us at 845-473-9121.